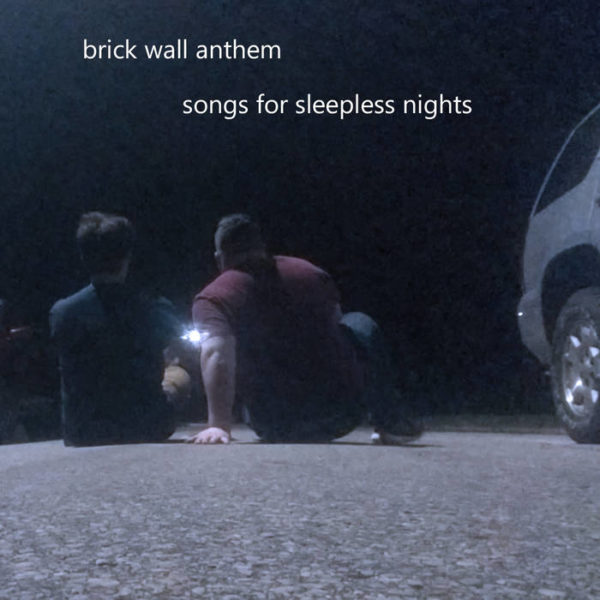 The Homeless Gospel Choir, Ramshackle Glory, and My Chemical Romance are three separate bands with one common thread: their names feature one word with a negative or boring annotation followed by a noun with a positive annotation. Two Southmoreland students were inspired by the likes of these groups, so they decided to form their own: Brick Wall Anthem.

Senior Ian Zimmerman and junior Dylan Opalinski have been involved in many musical activities such as marching and concert band, but the duo decided to join forces and create a short album based on their favorite genre: folk punk.

The EP (short for “extended play,” a 3-5 track record that is shorter than an album) demo, titled Songs For Sleepless Nights,  is inspired by Zimmerman and Opalinski’s favorite indie bands such as the Front Bottoms and the Mountain Goats.

“I’ve listened to this kind of music and played guitar along with it for over 4 years now, and I’ve always wanted to put my creativity into original music,” Opalinski said. “After a short jam session in the Zimmermans’ basement, the idea of an actual album formed and it hit off from there.”

At the “jam session,” Zimmerman explained that he was singing lyrics “off the top of his head” to Opalinski’s guitar chord progression; thus giving them the idea to write and publish original music.

“When we stopped (playing), I kinda gave (Opalinski) this look,” Zimmerman said. “Like, ‘man, we could do something with this.’”

So, a few nights later, they went to Opalinski’s house and wrote, recorded, and published the demo.

“We went in with the intent of publishing an EP that night. I arrived at (Opalinski’s) house around 10 p.m., and by 12:30 a.m., ‘Songs for Sleepless Nights’ was published on Bandcamp,” Zimmerman said. “Instead of sleeping, we were recording. Songs were made during a sleepless night.”

The album features 4 tracks, one of them being a cover from the band AJJ. All of the songs are under 3 minutes long, featuring Zimmerman’s vocals (with a small vocal feature from Opalinski in the second track).

The first track, “Honesty,” was written independently by Zimmerman.

“‘Honesty’ is mainly a ballad regarding a principle that I go by in life: I can’t get mad at what someone says if what they say is honest,” Zimmerman said. “Unfortunately, that song was written when I was going through heartbreak that I couldn’t find myself to get mad at; the reason being that everything that was said to me was honest opinions. So naturally, I wrote.”

The duo then collaborated for the second track, “Grievances: A Song For Every Educator (Who Said I Was Wrong).” The song opens with Opalinski’s vocals speaking the title, followed by Zimmerman’s lyrics of hating high school and “any form of higher education.” Zimmerman describes the song as “just a rant,” and Opalinski agrees.

“Not only is (‘Grievances’) a criticism of ‘the system,’ we were originally just putting together generic sentences that other ‘indie’ bands do,” Opalinski said. “So we were sort of making fun of other bands, while being one of the other bands.”

Returning back to their theme of self-proclaimed “universal feelings of emotional drought and heartbreak,” the third track is titled “Cut Me (Like A Knife).”

“‘Cut Me’ is another emotional song regarding a late night feeling that we all can say that we have had,” Zimmerman said. “We have all felt that at least one when we try pursuing someone, they just don’t want to tell us what they really want to tell us. It’s kind of a guessing game, and I can attest it hurts.”

The final track is “Brave as a Noun,” a cover by the group AJJ.

So far, Opalinski and Zimmerman have received “all positive” feedback.

“There’s been about 500 listens on Bandcamp and about 25 downloads of the songs with a couple of those being actual purchases,” Opalinski said. “So I think it’s pretty good.”

“Now that I look at the actual statistics, it’s better than I anticipated,” Zimmerman said. “I am beyond humbled at the results so far.”

Many Southmoreland students have listened to and enjoyed Brick Wall Anthem’s EP, including sophomore Olivia Robertucci.

“I love (Opalinski) so much. He’s really musically talented,” Robertucci said.  “I’m glad that (Zimmerman and Opalinski) are getting themselves out there.”

She also said that the duo proves that “if you put yourself out there, you can succeed.”

“More musically talented people in our school should put themselves out there,” Robertucci said, adding that Zimmerman and (Opalinski “are paving the way for more students to do the same.”

“‘Grievances’ is my anthem right now, and I know every word to every song,” Polakovsky said. “I show (the EP) to everyone I know. It’s so good and I listen to it all the time.”

Freshman Makayla Harvey didn’t know Zimmerman and Opalinski until they were in this year’s musical, Cinderella, together, and she was “so glad that (she) got to meet and work with them.”

“Their EP was fantastic, and I can’t wait to see what the future brings for them,” Harvey said. “They are very talented people with a lot of heart, and I wish them the best of luck in all their endeavors.”

One of Zimmerman’s passions, songwriting, is paying off.

“I can’t tell you the amount of nights I’ve spent madly scribbling into a notebook or typing things into my phone,” Zimmerman said. “When I feel moved, I write.”

Brick Wall Anthem’s EP demo Songs For Sleepless Nights is available on iTunes and Google Play. It is also available for streaming on Spotify, Apple Music, and Bandcamp.